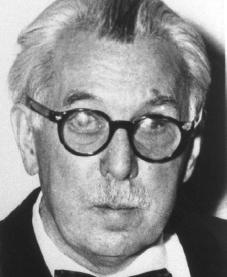 "Well, if I called the wrong number, why did you answer the phone?"

"I do not have a psychiatrist and I do not want one, for the simple reason that if he listened to me long enough, he might become disturbed."

"It is better to know some of the questions than all of the answers."

"I hate women because they always know where things are."

"All men should strive to learn before they die, what they are running from, and to, and why."

"Early to rise and early to bed makes a man healthy, wealthy, and dead."

"Humor is a serious thing. I like to think of it as one of our greatest earliest natural resources, which must be preserved at all cost."

"There is no exception to the rule that every rule has an exception."

"Old age is the most unexpected of all things that can happen to a man."

"Progress was all right. Only it went on too long."

"Let us not look back in anger, not forward in fear, but around in awareness."

"Laughter need not be cut out of anything, since it improves everything."

"One Martini is all right. Two are two many and three are not enough."