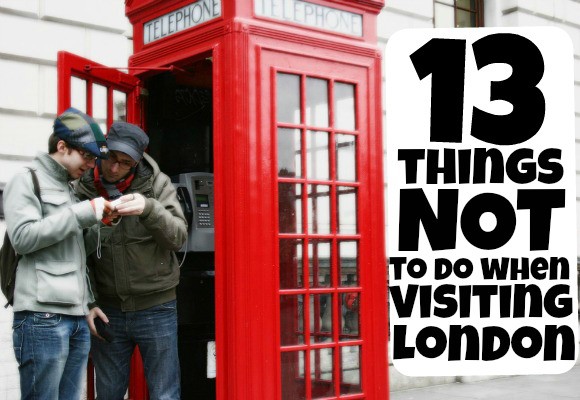 This article appeared recently in an American magazine under the headline "Advice For Tourists".

1. The Brits have peculiar words for many things. Money is referred to as "goolies" in slang, so you should for instance say "I'd love to come to the pub but I haven't got any goolies. " "Quid" is the modern word for what was once called a "shilling"-the equivalent of seventeen cents American.

2. Underpants are called "wellies" and friends are called "tossers. " If you are fond of someone, you should tell him he is a "great tosser" he will be touched.

3. The English are a notoriously demonstrative, tactile people, and if you want to fit in you should hold hands with your acquaintances and tossers when you walk down the street. Public nuzzling and licking are also encouraged, but only between people of the same sex.

4. Habits : Ever since their Tory government wholeheartedly embraced full union with Europe, the Brits have been attempting to adopt certain continental customs, such as the large midday meal followed by a two or three hour siesta, which they call a "wank. " As this is still a fairly new practice in Britain, it is not uncommon for people to oversleep (alarm clocks, alas, do not work there due to the magnetic pull from Greenwich). If you are late for supper, simply apologize and explain that you were having a wank - everyone will understand and forgive you.

5. Universities : One of the most delightful ways to spend an afternoon in Oxford or Cambridge is gliding gently down the river in one of their flat-bottomed boats, which you propel using a long pole. This is known as "cottaging. " Many of the boats (called "yer-i-nals") are privately owned by the colleges, but there are some places that rent them to the public by the hour. Just tell a professor or policeman that you are interested in doing some cottaging and would like to know where the public yerinals are. The poles must be treated with vegetable oil to protect them from the water, so it's a good idea to buy a can of Crisco and have it on you when you ask directions to the yerinals. That way people will know you are an experienced cottager.
6. Food : British cuisine enjoys a well deserved reputation as the most sublime gastronomic pleasure available to man. Thanks to today's robust dollar, the American traveler can easily afford to dine out several times a week (rest assured that a British meal is worth interrupting your afternoon wank for). Few foreigners are aware that there are several grades of meat in the UK. The best cuts of meat, like the best bottles of gin, bear Her Majesty's seal, called the British Stamp of Excellence (BSE). When you go to a fine restaurant, tell your waiter you want BSE beef and won't settle for anything less. If he balks at your request, custom dictates that you jerk your head imperiously back and forth while rolling your eyes to show him who is boss. Once the waiter realizes you are a person of discriminating taste, he may offer to let you peruse the restaurant's list of exquisite British wines. If he doesn't, you should order one anyway. The best wine grapes grow on the steep, chalky hillsides of Yorkshire and East Anglia-try an Ely '84 or Ripon '88 for a rare treat indeed. When the bill for your meal comes it will show a suggested amount. Pay whatever you think is fair, unless you plan to dine there again, in which case you should simply walk out ; the restaurant host will understand that he should run a tab for you.
7. Transportation : Public taxis are subsidized by the Her Majesty's Government. A taxi ride in London costs two pounds, no matter how far you travel. If a taxi driver tries to overcharge you, you should yell "I think not, you charlatan ! ", then grab the nearest bobby and have the driver arrested. It is rarely necessary to take a taxi, though, since bus drivers are required to make detours at patrons' requests. Just board any bus, pay your fare of thruppence (the heavy gold-colored coins are pence"), and state your destination clearly to the driver, e. g. : "Please take me to the British Library. " A driver will frequently try to have a bit of harmless fun by pretending he doesn't go to your requested destination. Ignore him, as he is only teasing the American tourist (little does he know you're not so ignorant ! ).
8. Speaking of the British Library, you should know that it has recently moved to a new location at Kew. Kew is a small fishing village in Wales. It can be reached by taking the train to Cardiff ; once there, ask any local about the complimentary shuttle bus to Kew. Don't forget that buses are called "prams" in England, and trains are called "bumbershoots"- it's a little confusing at first. Motorcycles are called "lorries" and the hospital, for reasons unknown, is called the "off-license". It's also very important to know that a "doctor" only means a Ph. D. in England, not a physician. If you want a physician, you must ask for an "MP" (which stands for "master physician").
9. For those traveling on a shoestring budget, the London Tube may be the most economical way to get about, especially if you are a woman. Chivalry is alive and well in Britain, and ladies still travel for free on the Tube. Simply take some tokens from the baskets at the base of the escalators or on the platforms ; you will find one near any of the state-sponsored Tube musicians.
10. Once on the platform, though, beware ! Approaching trains sometimes disturb the large Gappe bats that roost in the tunnels. The Gappes were smuggled into London in the early 19th century by French saboteurs and have proved impossible to exterminate. The announcement "Mind the Gappe ! " is a signal that you should grab your hair and look towards the ceiling. Very few people have ever been killed by Gappes, though, and they are considered only a minor drawback to an otherwise excellent means of transportation. (If you have difficulty locating the Tube station, merely follow the signs that say "Subway" and ask one of the full-time attendants where you can catch the bumbershoot. )
11. One final note For preferential treatment when you arrive at Heathrow airport, announce that you are a member of Shin Fane (an international Jewish peace organization-the "shin" stands for "shalom"). As savvy travelers know, this little white lie will assure you priority treatment as you make your way through customs ; otherwise you could waste all day in line. You might, in fact, want to ask a customs agent to put a Shin Fane stamp in your passport, as it will expedite matters considerably.