THE WINE PRESS by JOSEF ESSBERGER 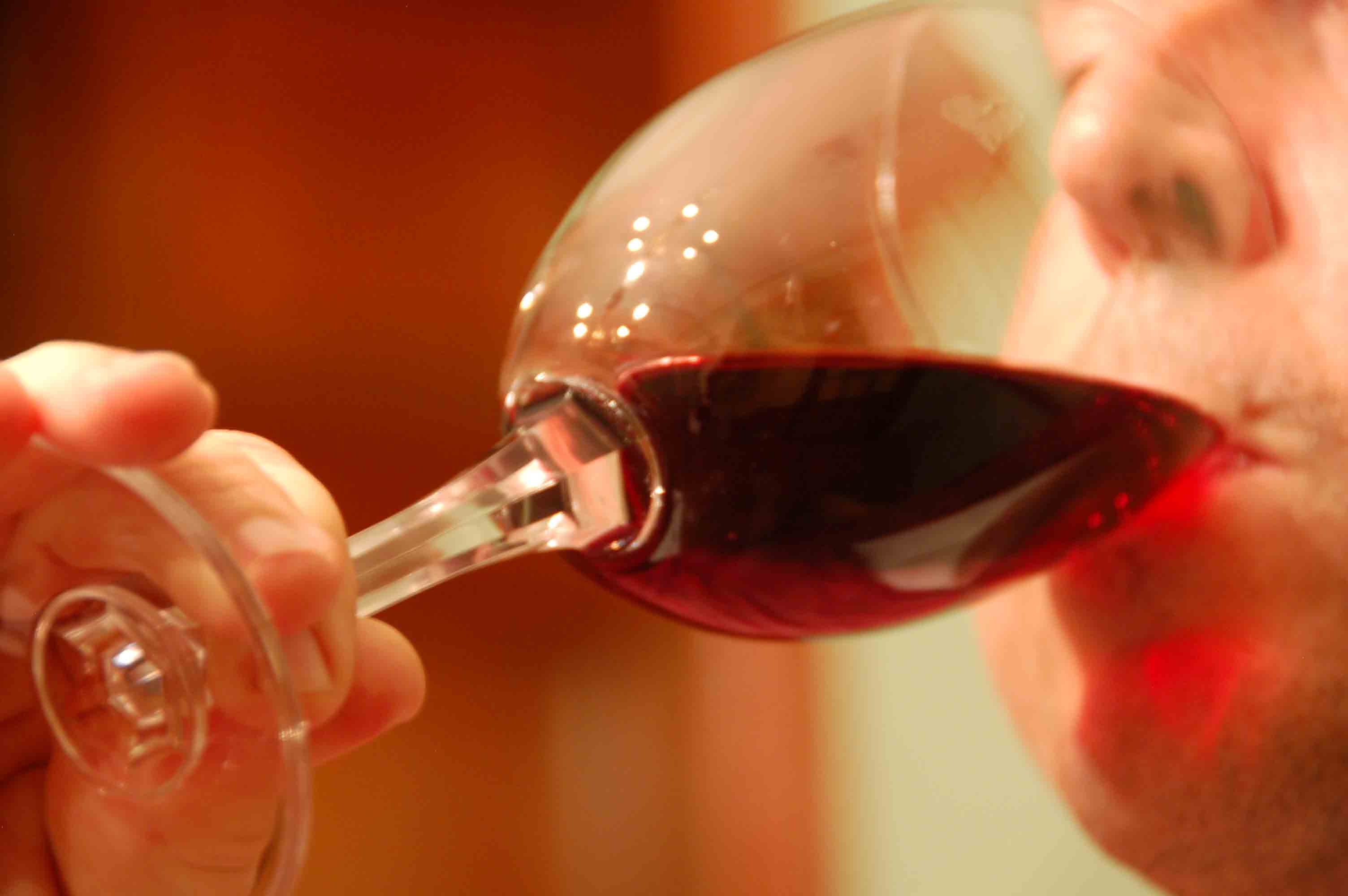 After a lifetime in the French diplomatic corps, the Count de Gruse lived with his wife in an elegant townhouse on Quai Voltaire. He was a likeable man, cultivated of course, with a well-deserved reputation as a generous host and an amusing raconteur.

This evening's guests were all European and all equally convinced that immigration was at the root of Europe's problems. Charles de Gruse said nothing. He had always concealed his contempt for such ideas. And, in any case, he had never much cared for these particular guests.

The first of the red Bordeaux was being served with the veal, and one of the guests turned to de Gruse.

"Come on, Charles, it's simple arithmetic. Nothing to do with race or colour. You must've had bags of experience of this sort of thing. What d'you say?"

Without another word, de Gruse picked up his glass and introduced his bulbous, winey nose. After a moment he looked up with watery eyes.

"A truly full-bodied Bordeaux," he said warmly, "a wine among wines."

The four guests held their glasses to the light and studied their blood-red contents. They all agreed that it was the best wine they had ever tasted.

One by one the little white lights along the Seine were coming on, and from the first-floor windows you could see the brightly lit bateaux-mouches passing through the arches of the Pont du Carrousel. The party moved on to a dish of game served with a more vigorous claret.

"Can you imagine," asked de Gruse, as the claret was poured, "that there are people who actually serve wines they know nothing about?"

"Really?" said one of the guests, a German politician.

"Personally, before I uncork a bottle I like to know what's in it."

"But how? How can anyone be sure?"

"I like to hunt around the vineyards. Take this place I used to visit in Bordeaux. I got to know the winegrower there personally. That's the way to know what you're drinking."

"A matter of pedigree, Charles," said the other politician.

"This fellow," continued de Gruse as though the Dutchman had not spoken, "always gave you the story behind his wines. One of them was the most extraordinary story I ever heard. We were tasting, in his winery, and we came to a cask that made him frown. He asked if I agreed with him that red Bordeaux was the best wine in the world. Of course, I agreed. Then he made the strangest statement.

"The wine in this cask," he said, and there were tears in his eyes, "is the best vintage in the world. But it started its life far from the country where it was grown."

De Gruse paused to check that his guests were being served.

De Gruse leaned forwards, took another sip of wine, and dabbed his lips with the corner of his napkin. This is the story he told them.

At the age of twenty-one, Pierre - that was the name he gave the winegrower - had been sent by his father to spend some time with his uncle in Madagascar. Within two weeks he had fallen for a local girl called Faniry, or "Desire" in Malagasy. You could not blame him. At seventeen she was ravishing. In the Malagasy sunlight her skin was golden. Her black, waist-length hair, which hung straight beside her cheeks, framed large, fathomless eyes. It was a genuine coup de foudre, for both of them. Within five months they were married. Faniry had no family, but Pierre's parents came out from France for the wedding, even though they did not strictly approve of it, and for three years the young couple lived very happily on the island of Madagascar. Then, one day, a telegram came from France. Pierre's parents and his only brother had been killed in a car crash. Pierre took the next flight home to attend the funeral and manage the vineyard left by his father.

Faniry followed two weeks later. Pierre was grief-stricken, but with Faniry he settled down to running the vineyard. His family, and the lazy, idyllic days under a tropical sun, were gone forever. But he was very happily married, and he was very well-off. Perhaps, he reasoned, life in Bordeaux would not be so bad.

But he was wrong. It soon became obvious that Faniry was jealous. In Madagascar she had no match. In France she was jealous of everyone. Of the maids. Of the secretary. Even of the peasant girls who picked the grapes and giggled at her funny accent. She convinced herself that Pierre made love to each of them in turn.

She started with insinuations, simple, artless ones that Pierre hardly even recognized. Then she tried blunt accusation in the privacy of their bedroom. When he denied that, she resorted to violent, humiliating denouncements in the kitchens, the winery, the plantations. The angel that Pierre had married in Madagascar had become a termagant, blinded by jealousy. Nothing he did or said could help. Often, she would refuse to speak for a week or more, and when at last she spoke it would only be to scream yet more abuse or swear again her intention to leave him. By the third vine-harvest it was obvious to everyone that they loathed each other.

One Friday evening, Pierre was down in the winery, working on a new electric winepress. He was alone. The grape-pickers had left. Suddenly the door opened and Faniry entered, excessively made up. She walked straight up to Pierre, flung her arms around his neck, and pressed herself against him. Even above the fumes from the pressed grapes he could smell that she had been drinking.

He badly wanted her, but all the past insults and humiliating scenes welled up inside him. He pushed her away.

"Don't be absurd. Go to bed! You're drunk. And take that paint off. It makes you look like a tart."

Faniry's face blackened, and she threw herself at him with new accusations. He had never cared for her. He cared only about sex. He was obsessed with it. And with white women. But the women in France, the white women, they were the tarts, and he was welcome to them. She snatched a knife from the wall and lunged at him with it. She was in tears, but it took all his strength to keep the knife from his throat. Eventually he pushed her off, and she stumbled towards the winepress. Pierre stood, breathing heavily, as the screw of the press caught at her hair and dragged her in. She screamed, struggling to free herself. The screw bit slowly into her shoulder and she screamed again. Then she fainted, though whether from the pain or the fumes he was not sure. He looked away until a sickening sound told him it was over. Then he raised his arm and switched the current off.

The guests shuddered visibly and de Gruse paused in his story.

"Well, I won't go into the details at table," he said. "Pierre fed the rest of the body into the press and tidied up. Then he went up to the house, had a bath, ate a meal, and went to bed. The next day, he told everyone Faniry had finally left him and gone back to Madagascar. No-one was surprised."

He paused again. His guests sat motionless, their eyes turned towards him.

"Of course," he continued, "Sixty-five was a bad year for red Bordeaux. Except for Pierre's. That was the extraordinary thing. It won award after award, and nobody could understand why."

The general's wife cleared her throat.

"No, I didn't taste it, though Pierre did assure me his wife had lent the wine an incomparable aroma."

"How could I refuse? It isn't every day that one finds such a pedigree."

There was a long silence. The Dutchman shifted awkwardly in his seat, his glass poised midway between the table and his open lips. The other guests looked around uneasily at each other. They did not understand.

"But look here, Gruse," said the general at last, "you don't mean to tell me we're drinking this damned woman now, d'you?"

"Heaven forbid, General," he said slowly. "Everyone knows that the best vintage should always come first."

This short story was written by Josef Essberger. He founded the great English Club for ESL learners and teachers in 1997.