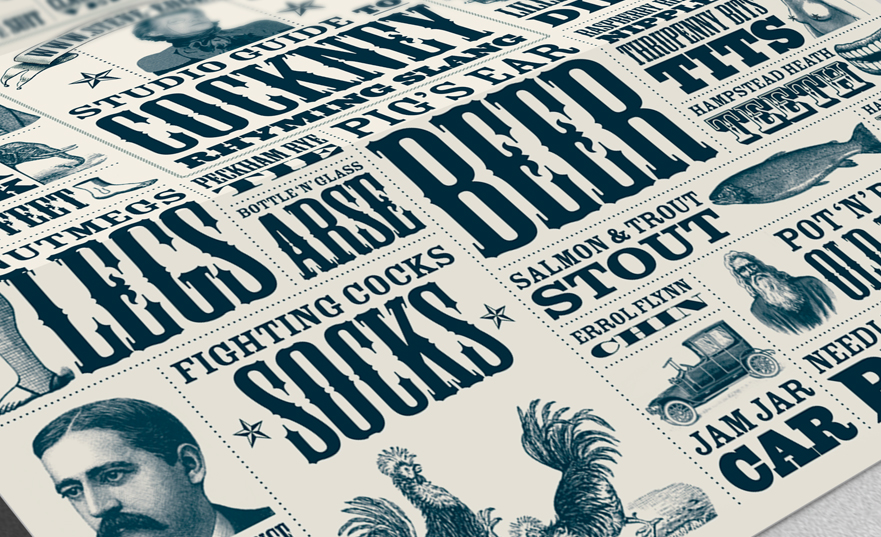 Cockney Rhyming slang is not a language but a collection of phrases used by Cockneys and other Londoners. It is like a coded language invented in the nineteenth century by Cockneys so they could speak in front of the police without being understood.  It uses a phrase that rhymes with a word, instead of the word itself. Thus stairs becomes apples and pears, phone becomes dog and bone and word becomes dicky bird. It can become very confusing when sometimes the rhyming part of the word is dropped: thus daisies are boots (from 'daisy roots').
What is a Cockney ?
A true Cockney is someone born within the sound of Bow Bells. (St Mary-le-Bow a church in Cheapside, East London). However the term Cockney is now loosely applied to many born outside this area as long as they have a 'Cockney' accent or a Cockney heritage and to most people living outside London the term Cockney means a Londoner.
The Cockney accent is heard less often in Central London these days but is widely heard in the outer London boroughs, the London suburbs and all across South East England. It is common in Bedfordshire towns like Luton and Leighton Buzzard, and Essex towns such as Romford.

The cockney language can be traced back to the early part of the 19th Century, when Sir Robert Peel formed the first Police force stationed at Bow Street, London. They were known as the Bow Street Runners, Peelers and even Bobbies. This was in 1824, and the slang, as mentioned above, was to hide the true meaning of discussions from both the Police and the nonces (informers for the Police).

The origins of Cockney Rhyming Slang are uncertain. It's not really a language since the words spoken are clearly English; on the other hand, it's not a dialect either, since the speakers of this slang are also perfectly capable of not using it! Some stories go that this slang originated in the market place so that the vendors could communicate without the customers knowing what was being said. You wouldn't want your customers knowing that you were going to lower your prices in ten minutes so you could go home early.

Some slang expressions have escaped from London and are in popular use throughout the rest of Britain. For example 'use your loaf' is an everyday phrase for the British, but not too many people realise it is Cockney Rhyming Slang (loaf of bread means head). There are many more examples of this unwitting use of Cockney Rhyming Slang. 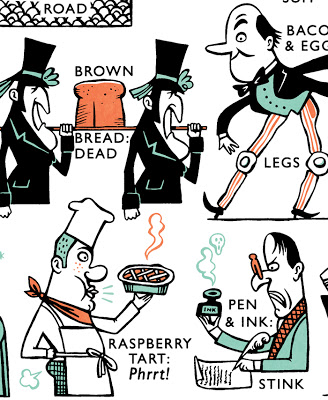 Rhyming slang has also spread to many English-speaking countries, especially those that had strong maritime links with the UK in the 19th   Century, notably Australia, Ireland and Canada/USA. There's even less justification for the name these days than there was when it was coined. Many examples of Cockney Rhyming Slang clearly originate in other countries, although England, and specifically London, is still the major source.

Here are some great examples of Cockney Rhyming Slang: 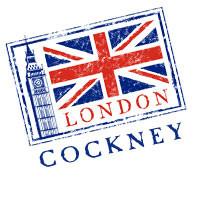