REST IN PEACE. THE « I CAN’T » FUNERAL by CHICK MOORMAN

Home REST IN PEACE. THE « I CAN’T » FUNERAL by CHICK MOORMAN 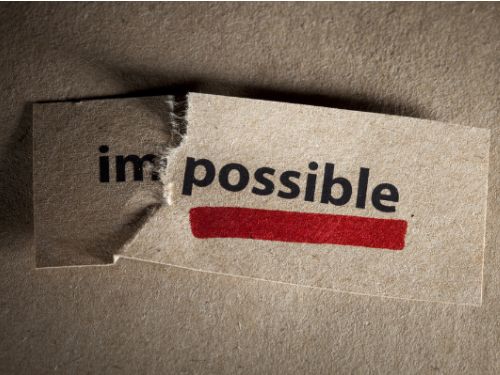 Donna's fourth-grade classroom looked like many others I had seen in the past.  Students sat in five rows of six desks.  The teacher's desk was in the front and faced the students.

The bulletin board featured student work.  In most respects it appeared to be a typically traditional elementary classroom.  Yet something seemed different that day I entered it for the first time.  There seemed to be an undercurrent of excitement.

Donna was a veteran small-town Michigan school-teacher only two years away from retirement.  I took an empty seat in the back of the room and watched.  All the students were working on a task, filling a sheet of notebook paper with thoughts and ideas.  The ten-year-old pupil closest to me was filling her page with "I CAN'TS".

"I can't kick the soccer ball past second base."

"I can't do long division with more than three numerals."

Her page was half full and she showed no signs of letting up. She worked on with determination and persistence. I walked down the row glancing at students' papers. Everyone was writing sentences, describing things they couldn't do.

By this time, the activity angaged my curiosity, so I decided to check with the teacher to see what was going on. As I approached her, I noticed that she too was busy writing. I felt it best not to interrupt.

"I can’t get Alan to use words instead of fists."

"I can’t get John’s mother to come in for a teacher conference."

"I can't get my daughter to put gas in the car."

Thwarted in my efforts to determine why students and teachers were dwelling on the negative instead of writing the more positive "I CAN" statements, I returned to my seat and continued my observations.  Students wrote for another ten minutes.  Most filled their page.  Some started another.

"Finish the one you're on and don't start a new one," were the instructions Donna used to signal the end of the activity.  The students were then instructed to fold their papers in half and bring them to the front. When students reached the teacher's desk, they placed their "CAN'T"' statements into an empty shoe box.  Once all of the papers were collected, Donna added hers.  She put the lid on the box, tucked it under her arm, and headed out the door and down the hall.  Students followed the teacher.  I followed the students.

Halfway down the hall the procession stopped.  Donna entered the custodian’s room, rummaged around and came with a shovel.  Shovel in one hand, shoe box in the other, Donna marched the students out of the school to the farthest corner of the playground.  There they began to dig.

They were going to bury their "I Can'ts"  The digging took over ten minutes because most of the children wanted a turn.  When the hole approached three-feet deep, the digging ended. The box of "I Can'ts" was placed in position at the bottom of the hole and quickly covered with dirt.  Thirty-one 10- and 11-year-olds stood around the freshly dug grave site.  Each had at least one page full of "I Can'ts" in the shoe box, four-feet under.  So did their teacher.

At this point Donna announced, "Boys and girls, please join hands and bow your heads".  The students complied.  They quickly formed a circle around the grave, creating a bond with their heads and waited.  Donna delivered this unforgettable eulogy.

"Friends, we gather today to honor the memory of "I CAN’T".  While he was with us on earth, he touched the lives of everyone ... some, more than others.  His name, unfortunately, has been spoken in every public building — schools, city halls, state capitols and, yes, even the White House."

"Today we have provided "I CAN’T" with a final resting place and a headstone that contains his epitaph.  He is survived by his brothers and sisters — "I CAN" ... "I WILL" ... and "I’M GOING TO RIGHT AWAY".  They are not as well known as their famous relative ... and are not as strong and powerful yet.  Perhaps someday, with your help, they will make an even bigger mark on the world.

May "I CAN’T'' rest in peace ... and may everyone present pick up their lives and move forward in his absence.  Amen.

As I listened to the eulogy I realized that these students would never forget this day. The activity was symbolic of course, a metaphor for life. It was a right-brain experience that would stick in the unconscious and conscious mind forever.

Writing ''I Can'ts'', burying them and hearing the eulogy. That was a major effort on the part of this teacher. And she wasn't done yet. At the conclusion of the eulogy she turned the students around, marched them back into the classroom and held a wake.

They celebrated the passing of "I CAN’T" with cookies, popcorn and fruit juices. As part of the celebration, Donna cut out a large tombstone from butcher paper. She wrote the words "I Can't" at the top and put RIP in the middle.  The date was added at the bottom. This paper tombstone hung in Donna’s classroom for the remaider of the year.  On those rare occasions when a student forgot and said "I CAN’T", Donna simply pointed to the RIP sign. The student then remembered that "I Can't" was dead and chose to rephrase the statement.

I wasn't one of Donna's students.  She was one of mine.  Yet that day I learned an enduring lesson from her.  Now, years later, whenever I hear the phrase, "I Can't" I see images of that fourth-grade funeral.  Like the students, I remember that "I Can't" is dead.

Chick Moorman is American and a former classroom teacher with over 40 years of experience in the field of education. He has a very interesting website, if you want to see it, just click HERE.