THE DAYS OF THE WEEK

Home THE DAYS OF THE WEEK 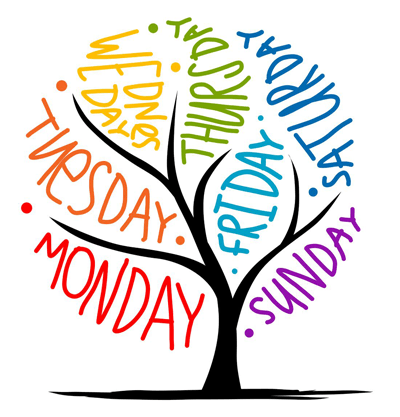 The names of the days of the week in many languages are derived from the names of the classical planets in Hellenistic astrology, which were in turn named after contemporary deities, a system introduced in the Roman Empire during Late Antiquity.

In some other languages, the days are named after corresponding deities of the regional culture, either beginning with Sunday or with Monday.

In the international standard, Monday is now treated as the first day of the week.