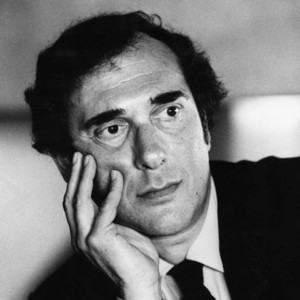 Harold Pinter was born in Hackney in London, on 10th October 1930. He was the son of a Jewish tailor and grew up in a lower middle-class neighborhood in London. In his school years, Pinter was athletic and especially fond of playing cricket.He was educated at Hackney Downs Grammar School and trained at the Royal Academy of Dramatic Art and Central School of Speech and Drama. During World War II, Pinter saw some of the bombing of his city by the Germans. He was sent away to escape the Blitz at one point. This firsthand experience of war and destruction left a lasting impression on Pinter. At the age of 18, he refused to enlist in the military as part of his national service. A conscientious objector, he ended up paying a fine for not completing his national service.Then Pinter started out as an actor. After studying at the Royal Academy of Dramatic Art for a time, he worked in regional theatre in the 1950s and sometimes used the stage name David Baron. Pinter met Vivien Merchant when he was working as an actor, and they got married in 1956. He adapted many of his stage plays for radio and television and he has written the screenplays to a number of films.   He had an affair with TV personality Joan Blakewell. He was later involved with Lady Antonia Fraser who was married to a member of Parliament and a mother of six. The pair were eventually able to shed their respective spouses and married in 1980. Pinter and Fraser, a talented writer in her own right, became a very popular couple in literary circles. After being diagnosed with cancer in 2001, Pinter continued his writing and activism. He decried Britain's involvement in the Iraq War, and he called both U.S. President George W. Bush and British Prime Minister Tony Blair "terrorists," according to the Financial Times. In 2005, Pinter was honored with the Nobel Prize for Literature. The selection committee cited Pinter a writer "who, in his plays, uncovers the precipice under everyday prattle and forces entry into oppression's closed rooms." Some saw the choice of Pinter, an antiwar campaigner, as a political statement. He wasn't well enough to accept the prize in person, and he gave his Nobel lecture in a pre-recorded video played at the event.  Pinter succumbed to cancer on December 24th, 2008.

The Caretaker was the first of Pinter's plays to bring him artistic and commercial success as well as national recognition. In the many years since its first production, the play has continued to be the recipient of critical praise. The real-world origins of the play lie in Pinter's acquaintance with two brothers who lived together, one of whom brought an old tramp to the house for a brief stay. At the time, Pinter himself had very little money and so identified somewhat with the tramp, with whom he occasionally spoke. Artistically, The Caretaker is clearly influenced in both style and subject matter by Samuel Beckett's 1955 classic Waiting for Godot, in which two tramps wait endlessly for someone they know only as Godot to come and give meaning and purpose to their lives.  Through the story of the two brothers and the tramp, The Caretaker deals with the distance between reality and fantasy, family relationships, and the struggle for power. It also touches on the subjects of mental illness and the plight of the indigent. Pinter uses elements of both comedy and tragedy to create a play that elicits complex reactions in the audience. The complexity of the play, Pinter's masterful use of dialogue, and the depth and perception shown in Pinter's themes all contribute to The Caretaker's consideration as a modern masterpiece.

The Birthday Party is about Stanley Webber, an erstwhile piano player in his 30s, who lives in a rundown boarding house, run by Meg and Petey Boles, in an English seaside town, "probably on the south coast, not too far from London". Two sinister strangers, Goldberg and McCann, who arrive supposedly on his birthday and who appear to have come looking for him, turn Stanley's apparently innocuous birthday party organised by Meg into a nightmare. The two intruders, an Irishman and a Jew, present him with a Kafkaesque indictment of unexplained crimes. The Birthday Party has been described by Irving Wardle and later critics as a "Comedy of menace" and by Martin Esslin as an example of the Theatre of the Absurd. It includes such features as the fluidity and ambiguity of time, place, and identity and the disintegration of language.

A black Freudian family drama, the play presents the return to his North London home and ostentatiously womanless family of Teddy, an academic, and his wife of 6 years, Ruth, once a photographic model. The patriarch, Mac, a butcher is alternately violent and cringing in manner, and the other two sons, Lenny and Joey, in a very short time make sexual overtures to Ruth, who calmly accepts them. By the end of the play Teddy has decided to leave her with the family, who intend to establish her as a prostitute.

Two hit-men, Ben and Gus, are waiting in a basement room for their assignment. As the play begins, Ben, the senior member of the team, is reading a newspaper, and Gus, the junior member, is tying his shoes. Gus asks Ben many questions as he gets ready for their job and tries to make tea. They argue over the semantics of "light the kettle" and "put on the kettle". Ben continues reading his paper for most of the time, occasionally reading excerpts of it to Gus. Ben gets increasingly animated, and Gus's questions become more pointed, at times nearly nonsensical. In the back of the room is a dumbwaiter, which delivers occasional food orders. This is mysterious and both characters seem to be puzzled why these orders keep coming. At one point they send up some snack food that Gus had brought along. Ben has to explain to the people above via the dumbwaiter's "speaking tube" that there is no food. This whole sequence is rather odd because the basement is clearly not outfitted for fulfilment of the orders. Gus leaves the room to get a drink of water in the bathroom, and the dumbwaiter's speaking tube whistles (a sign that there is a person on the other end who wishes to communicate). Ben listens carefully—we gather from his replies that their victim has arrived and is on his way to the room. Ben shouts for Gus, who is still out of the room. The door that the target is supposed to enter from flies open, Ben rounds on it with his gun, and Gus enters, stripped of his jacket, waistcoat, tie and gun. There is a long silence as the two stare at each other before the curtain comes down (the implication is that Gus is the person that Ben has been employed to kill).