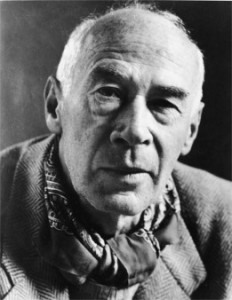 Henry Miller was born December 26th, 1891 in Yorkville, New York. His parents were from Germany, his mother from the north, his father from Bavaria. During his first year of life, Miller's family moved to Brooklyn, where the whole of his childhood was spent. Tried working in his father’s tailor shop, here he developed his love of fine clothes. In 1909, Miller graduated from high school and entered City College of New York where he stayed for only two months. Miller went to work at a variety of jobs. Everything from a cab driver to librarian. In 1917, Miller met and married the first of five wives, Beatrice Sylvas Wickens, with whom he has one child. He met his second wife, June Edith Smith Mansfield. June, a taxi dancer, supported Miller so that he could pursue his artistic love and, at this point, life's dream.  In 1928, June saved enough money for the two of them to travel to Europe, giving Miller a taste of what he considered civilized life. Problems with June persuaded Miller to leave for Paris in 1930, where he continued full time with his long and lucrative career as a writer of more than 36 creative and analytical works.  Miller's entrance into the writer's circle began with Tropic of Cancer, which still proves to be Miller's most famous work. Both Tropic of Cancer and Tropic of Capricorn chronicle Miller's lives and loves as an expatriate in Paris. Tropic of Cancer sold over two and a half million copies in the first two years of publication, thus earning Miller the comfort to live a life that he had not known as a beggar in the streets of Paris.  While in Paris, Miller also befriended a woman who was to be a long time lover and occasional benefactor, Anais Nin. Their friendship is ironically documented by Nin rather than Miller.  Her diaries which fill a multitude of volumes document social engagements, their love affair and a love affair with Miller's wife, June. These stories were made famous in the 1992 feature film, Henry and June. Although Nin was married they spent several years as lovers and critics of each others work while Miller was in Paris. Miller left Paris in 1939 after the publication of Tropic of Capricorn. A life long friend whom Miller met in Paris, Lawrence Durell, invited Miller to come to Greece. Miller's six months in Greece were filled with constant celebration until the outbreak of World War II, which prompted his return to the United States. While in Greece Miller wrote what many critics believe to be his finest work of "literature," The Colossus of Maroussi. This is basically a travel book with a lot more. Now with an audience, Miller's writing went through a transformation. Miller became more "literary," a word and concept that disgusted him. His thoughts became more spiritual yet, cohesive with form and analysis. Theme began to surface clearly. While in the past his writing had been a pure, stream of conscious type documentation, his writing became clear and the want for an audience dissipated.  After so many years of want, the lust for fame left him. He still wrote and published occasionally, but writing was no longer the driving force in Miller's life. The last twenty years of Miller's life, spent in Pacific Palisades, were humbling ones. His body slowly deteriorated, yet his wit and artistic capabilities stayed intact. Miller spent much of his time reflecting on his turbulent life with interviewers and close friends. Miller's life ended on June 7th, 1980 in his Pacific Palisades home.

This is an autobiographical novel. Miller gave the following explanation of why the book's title was Tropic of Cancer: "It was because to me cancer symbolizes the disease of civilization, the endpoint of the wrong path, the necessity to change course radically, to start completely over from scratch. It is a frank and lively account of an American artist's adventures in Paris. It was banned for decades in Britain and the US. Combining autobiography and fiction, some chapters follow a narrative of some kind and refer to Miller's actual friends, colleagues, and workplaces; others are written as stream-of-consciousness reflections that are occasionally epiphanic. The novel is written in the first person, as are many of Miller's other novels, and does not have a linear organization, but rather fluctuates frequently between the past and present.The book largely functions as an immersive meditation on the human condition. As a struggling writer, Miller describes his experience living among a community of bohemians in Paris, where he intermittently suffers from hunger, homelessness, squalor, loneliness and despair over his recent separation from his wife. There are many passages explicitly describing the narrator's sexual encounters. Michael Hardin made the case for the theme of homophobia in the novel. He proposed that the novel contained a "deeply repressed homoerotic desire that periodically surfaces".  Music and dance are other recurrent themes in the book. Music is used "as a sign of the flagging vitality Miller everywhere rejects".