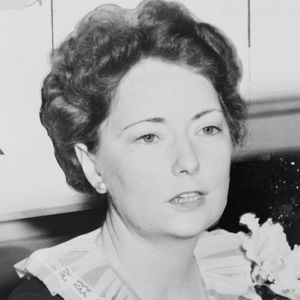 Margaret Mitchell was born in Atlanta, Georgia, on November 8th, 1900. As a child, she was fascinated by the Civil War stories she heard from Confederate veterans. The imaginative girl wrote, produced, and directed plays, casting her friends, and inviting the neighborhood to the porch performances. Mitchell entered Smith College in the fall of 1918 but soon suffered major setbacks. First, she received news that her fiancé, Clifford Henry, was killed in action in World War I. The following January, her mother died during a flu epidemic. Mitchell left college to take charge of the Atlanta household of her father and her older brother, Stephens. After making her debut, the free-spirited Mitchell scandalized Atlanta society by performing a provocative dance at a debutante ball. Two years later the headstrong flapper married Berrien “Red” Upshaw, an ex-football player and bootlegger. Financial pressures led her to begin writing for the Atlanta Journal Sunday Magazine where she earned $25 per week. Their stormy marriage ended in divorce in 1924. Within a year she married John Marsh, a former suitor and an editor at the paper. Soon after, Mitchell left her job to convalesce from a series of injuries. During this period she began writing the book that would make her famous. Gone With the Wind was published in June 1936. Mitchell was awarded the Pulitzer Prize for her sweeping novel the following May. It was made into an equally famous motion picture starring Vivien Leigh and Clark Gable. The movie had its world premiere at the Loew’s Grand Theater in Atlanta December 15, 1939. Following the publication of Gone With the Wind and the release of the motion picture, Mitchell had the financial resources to support philanthropic interests, including numerous social service organizations in Atlanta and medical scholarships for Morehouse College students.  During World War II, the U.S.S. Atlanta sank during battles off Guadalcanal. Mitchell led war bond drives for funds to build a replacement ship, raising $65 million in only sixty days.  She christened this U.S.S. Atlanta in February 1944. On August 11th , 1949, while crossing the intersection of Peachtree and 13th Streets, Margaret Mitchell was struck by an off-duty cab driver. She died five days later and was buried in Atlanta’s Oakland Cemetery.

The story takes place in the southern United States in the state of Georgia during the American Civil War (1861–1865) and the Reconstruction Era (1865–1877) that followed the war. The novel unfolds against the backdrop of rebellion wherein seven southern states, Georgia among them, have declared their secession from the United States (the "Union") and formed the Confederate States of America (the "Confederacy"), after Abraham Lincoln was elected president with no ballots from ten Southern states where slavery was legal. A dispute over states' rights has arisen involving enslaved African people who were the source of manual labour on cotton plantations throughout the South.

It is the spring of 1861. Scarlett O’Hara, a pretty Southern belle, lives on Tara, a large plantation in Georgia. She concerns herself only with her numerous suitors and her desire to marry Ashley Wilkes. One day she hears that Ashley is engaged to Melanie Hamilton, his frail, plain cousin from Atlanta. At a barbecue at the Wilkes plantation the next day, Scarlett confesses her feelings to Ashley. He tells her that he does love her but that he is marrying Melanie because she is similar to him, whereas he and Scarlett are very different. Scarlett slaps Ashley and he leaves the room. Suddenly Scarlett realizes that she is not alone. Rhett Butler, a scandalous but dashing adventurer, has been watching the whole scene, and he compliments Scarlett on being unladylike.

The Civil War begins. Charles Hamilton, Melanie’s timid, dull brother, proposes to Scarlett. She spitefully agrees to marry him, hoping to hurt Ashley. Over the course of two months, Scarlett and Charles marry, Charles joins the army and dies of the measles, and Scarlett learns that she is pregnant. After Scarlett gives birth to a son, Wade, she becomes bored and unhappy. She makes a long trip to Atlanta to stay with Melanie and Melanie’s aunt, Pittypat. The busy city agrees with Scarlett’s temperament, and she begins to see a great deal of Rhett. Rhett infuriates Scarlett with his bluntness and mockery, but he also encourages her to flout the severely restrictive social requirements for mourning Southern widows. As the war progresses, food and clothing run scarce in Atlanta. Scarlett and Melanie fear for Ashley’s safety. After the bloody battle of Gettysburg, Ashley is captured and sent to prison, and the Yankee army begins bearing down on Atlanta. Scarlett desperately wants to return home to Tara, but she has promised Ashley she will stay with the pregnant Melanie, who could give birth at any time.

On the night the Yankees capture Atlanta and set it afire, Melanie gives birth to her son, Beau. Rhett helps Scarlett and Melanie escape the Yankees, escorting them through the burning streets of the city, but he abandons them outside Atlanta so he can join the Confederate Army. Scarlett drives the cart all night and day through a dangerous forest full of deserters and soldiers, at last reaching Tara. She arrives to find that her mother, Ellen, is dead; her father, Gerald, has lost his mind; and the Yankee army has looted the plantation, leaving no food or cotton. Scavenging for subsistence, a furious Scarlett vows never to go hungry again.

Scarlett takes charge of rebuilding Tara. She murders a Yankee thief and puts out a fire set by a spiteful Yankee soldier. At last the war ends, word comes that Ashley is free and on his way home, and a stream of returning soldiers begins pouring through Tara. One such soldier, a one-legged homeless Confederate named Will Benteen, stays on and helps Scarlett with the plantation. One day, Will brings terrible news: Jonas Wilkerson, a former employee at Tara and current government official, has raised the taxes on Tara, hoping to drive the O’Haras out so that he might buy the plantation. Distraught, Scarlett hurries to Atlanta to seduce Rhett Butler so that he will give her the three hundred dollars she needs for taxes. Rhett has emerged from the war a fabulously wealthy man, dripping with earnings from his blockade-running operation and from food speculation. However, Rhett is in a Yankee jail and cannot help Scarlett. Scarlett sees her sister’s beau, Frank Kennedy, who now owns a general store, and forges a plan. Determined to save Tara, she betrays her sister and marries Frank, pays the taxes on Tara, and devotes herself to making Frank’s business more profitable.

After Rhett blackmails his way out of prison, he lends Scarlett enough money to buy a sawmill. To the displeasure of Atlanta society, Scarlett becomes a shrewd businesswoman. Gerald dies, and Scarlett returns to Tara for the funeral. There, she persuades Ashley and Melanie to move to Atlanta and accept a share in her lumber business. Shortly thereafter, Scarlett gives birth to Frank’s child, Ella Lorena.

A free black man and his white male companion attack Scarlett on her way home from the sawmill one day. That night, the Ku Klux Klan avenges the attack on Scarlett, and Frank ends up dead. Rhett proposes to Scarlett and she quickly accepts. After a long, luxurious honeymoon in New Orleans, Scarlett and Rhett return to Atlanta, where Scarlett builds a garish mansion and socializes with wealthy Yankees. Scarlett becomes pregnant again and has another child, Bonnie Blue Butler. Rhett dotes on the girl and begins a successful campaign to win back the good graces of the prominent Atlanta citizens in order to keep Bonnie from being an outcast like Scarlett.

Scarlett and Rhett’s marriage begins happily, but Rhett becomes increasingly bitter and indifferent toward her. Scarlett’s feelings for Ashley have diminished into a warm, sympathetic friendship, but Ashley’s jealous sister, India, finds them in a friendly embrace and spreads the rumor that they are having an affair. To Scarlett’s surprise, Melanie takes Scarlett’s side and refuses to believe the rumors.

After Bonnie is killed in a horse-riding accident, Rhett nearly loses his mind, and his marriage with Scarlett worsens. Not long after the funeral, Melanie has a miscarriage and falls very ill. Distraught, Scarlett hurries to see her. Melanie makes Scarlett promise to look after Ashley and Beau. Scarlett realizes that she loves and depends on Melanie and that Ashley has been only a fantasy for her. She concludes that she truly loves Rhett. After Melanie dies, Scarlett hurries to tell Rhett of her revelation. Rhett, however, says that he has lost his love for Scarlett, and he leaves her. Grief-stricken and alone, Scarlett makes up her mind to go back to Tara to recover her strength in the comforting arms of her childhood nurse and slave, Mammy, and to think of a way to win Rhett back.