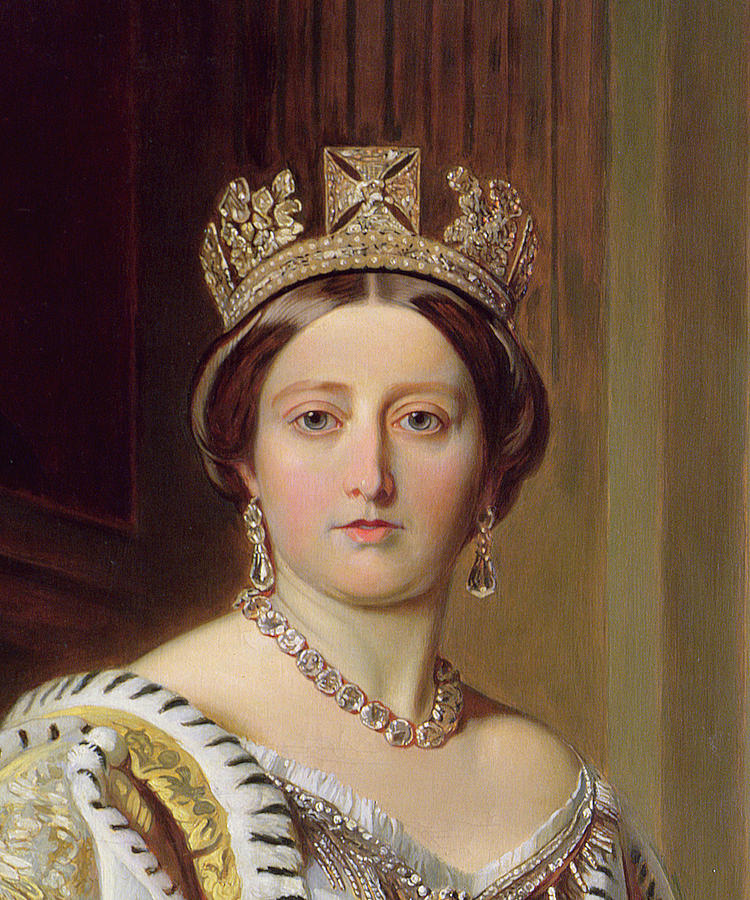 Victoria was born at Kensington Palace, London, on 24th  May 1819. She was the only daughter of Edward, Duke of Kent, fourth son of George III. Her father died shortly after her birth and she became heir to the throne because the three uncles who were ahead of her in succession - George IV, Frederick Duke of York, and William IV - had no legitimate children who survived. Warm-hearted and lively, Victoria had a gift for drawing and painting; educated by a governess at home, she was a natural diarist and kept a regular journal throughout her life. On William IV's death in 1837, she became Queen at the age of 18.

Queen Victoria is associated with Britain's great age of industrial expansion, economic progress and - especially - Empire. At her death, it was said, Britain had a worldwide empire on which the sun never set. In the early part of her reign, she was influenced by two men: her first Prime Minister, Lord Melbourne, and her husband, Prince Albert, whom she married in 1840. Both men taught her much about how to be a ruler in a 'constitutional monarchy' where the monarch had very few powers but could use much influence. Albert took an active interest in the arts, science, trade and industry; the project for which he is best remembered was the Great Exhibition of 1851, the profits from which helped to establish the South Kensington museums complex in London.

Victoria was deeply attached to her husband and she sank into depression after he died, aged 42, in 1861. She had lost a devoted husband and her principal trusted adviser in affairs of state. For the rest of her reign she wore black. Until the late 1860s she rarely appeared in public; although she never neglected her official Correspondence, and continued to give audiences to her ministers and official visitors, she was reluctant to resume a full public life. She was persuaded to open Parliament in person in 1866 and 1867, but she was widely criticised for living in seclusion and quite a strong republican movement developed. (Seven attempts were made on Victoria's life, between 1840 and 1882 - her courageous attitude towards these attacks greatly strengthened her popularity.) With time, the private urgings of her family and the flattering attention of Benjamin Disraeli, Prime Minister in 1868 and from 1874 to 1880, the Queen gradually resumed her public duties.

In foreign policy, the Queen's influence during the middle years of her reign was generally used to support peace and reconciliation. In 1864, Victoria pressed her ministers not to intervene in the Prussia-Austria-Denmark war, and her letter to the German Emperor (whose son had married her daughter) in 1875 helped to avert a second Franco-German war. On the Eastern Question in the 1870s - the issue of Britain's policy towards the declining Turkish Empire in Europe - Victoria (unlike Gladstone) believed that Britain, while pressing for necessary reforms, ought to uphold Turkish hegemony as a bulwark of stability against Russia, and maintain bi-partisanship at a time when Britain could be involved in war.

Victoria's popularity grew with the increasing imperial sentiment from the 1870s onwards. After the Indian Mutiny of 1857, the government of India was transferred from the East India Company to the Crown with the position of Governor General upgraded to Viceroy, and in 1877 Victoria became Empress of India under the Royal Titles Act passed by Disraeli's government. During Victoria's long reign, direct political power moved away from the sovereign. A series of Acts broadened the social and economic base of the electorate. These acts included the Second Reform Act of 1867; the introduction of the secret ballot in 1872, which made it impossible to pressurise voters by bribery or intimidation; and the Representation of the Peoples Act of 1884 - all householders and lodgers in accommodation worth at least £10 a year, and occupiers of land worth £10 a year, were entitled to vote. 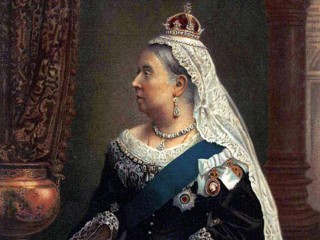 Despite this decline in the Sovereign's power, Victoria showed that a monarch who had a high level of prestige and who was prepared to master the details of political life could exert an important influence. This was demonstrated by her mediation between the Commons and the Lords, during the acrimonious passing of the Irish Church Disestablishment Act of 1869 and the 1884 Reform Act. It was during Victoria's reign that the modern idea of the constitutional monarch, whose role was to remain above political parties, began to evolve. But Victoria herself was not always non-partisan and she took the opportunity to give her opinions - sometimes very forcefully - in private.
After the Second Reform Act of 1867, and the growth of the two-party (Liberal and Conservative) system, the Queen's room for manoeuvre decreased. Her freedom to choose which individual should occupy the premiership was increasingly restricted. In 1880, she tried, unsuccessfully, to stop William Gladstone - whom she disliked as much as she admired Disraeli and whose policies she distrusted - from becoming Prime Minister. She much preferred the Marquess of Hartington, another statesman from the Liberal party which had just won the general election. She did not get her way. She was a very strong supporter of Empire, which brought her closer both to Disraeli and to the Marquess of Salisbury, her last Prime Minister. Although conservative in some respects - like many at the time she opposed giving women the vote - on social issues, she tended to favour measures to improve the lot of the poor, such as the Royal Commission on housing. She also supported many charities involved in education, hospitals and other areas.
Victoria and her family travelled and were seen on an unprecedented scale, thanks to transport improvements and other technical changes such as the spread of newspapers and the invention of photography. Victoria was the first reigning monarch to use trains - she made her first train journey in 1842. 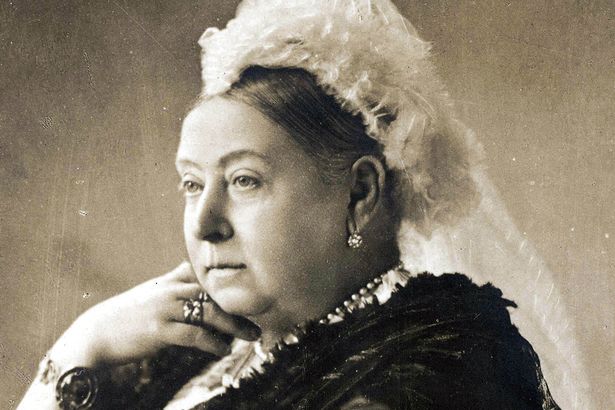 In her later years, she almost became the symbol of the British Empire. Both the Golden (1887) and the Diamond (1897) Jubilees, held to celebrate the 50th and 60th anniversaries of the queen's accession, were marked with great displays and public ceremonies. On both occasions, Colonial Conferences attended by the Prime Ministers of the self-governing colonies were held.

Despite her advanced age, Victoria continued her duties to the end - including an official visit to Dublin in 1900. The Boer War in South Africa overshadowed the end of her reign. As in the Crimean War nearly half a century earlier, Victoria reviewed her troops and visited hospitals; she remained undaunted by British reverses during the campaign: 'We are not interested in the possibilities of defeat; they do not exist.'

Victoria died at Osborne House on the Isle of Wight, on 22nd January 1901 after a reign which lasted almost 64 years, the longest in British history. She was buried at Windsor beside Prince Albert, in the Frogmore Royal Mausoleum, which she had built for their final resting place. Above the Mausoleum door are inscribed Victoria's words: 'farewell best beloved, here at last I shall rest with thee, with thee in Christ I shall rise again'.