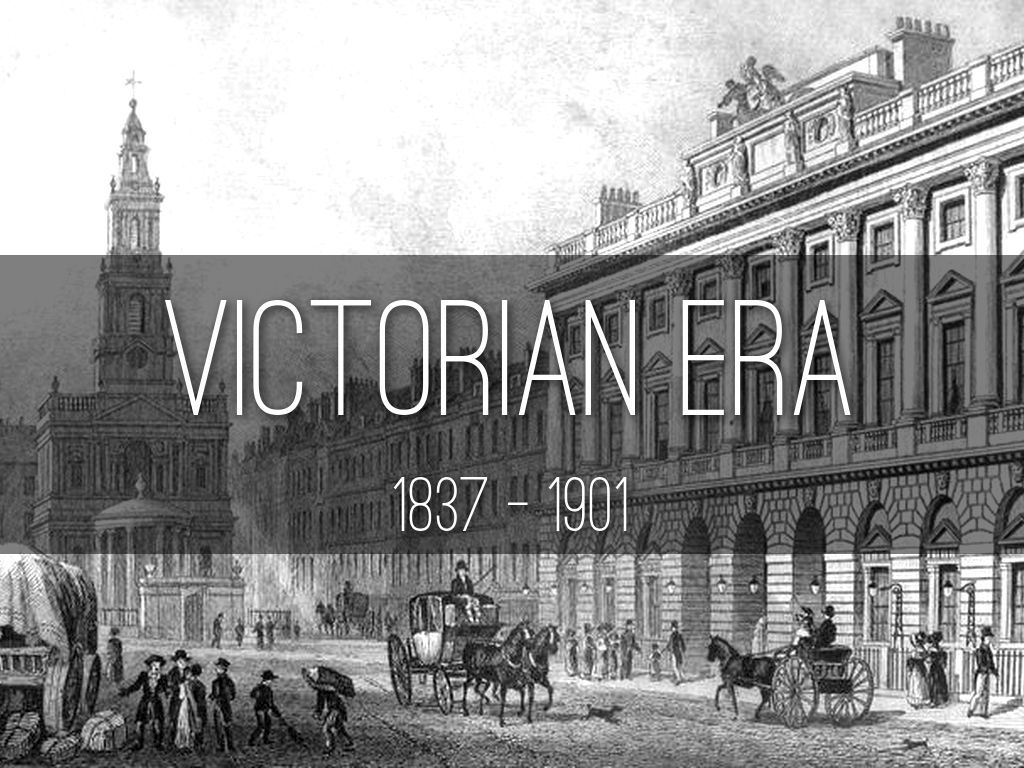 We often think of Victorians as buttoned-up and frumpy but of course that is not the whole story. Victorian innovation reached almost every corner of national life and much of what those spirited 19th-century Brits invented is still with us today.

Due to the preceding industrial revolution, Victorians found manufacturing and selling consumer goods much easier than those of previous eras. This, in turn, gave rise to invention.Â  Flushing loos, the paper clip and even jelly babies were all Victorian inventions.

Although it can be argued that this consumerism was the beginning of the end for a class system, in Victorian times your â€˜classâ€™ did not depend entirely on your income level as it does today. While income was certainly a factor, â€˜classâ€™ was also determined by your values and education, breeding and family connections as well as occupation, family connections and the way you spoke.

It was the inventions, however, that began the sea change in the new way of living. In fact, the term â€˜standard of livingâ€™ was first used in the Victorian era.

Some of the greatest inventions ever were Victorian. Without them we would, possibly, not have the society we have today.

Perhaps the 10 greatest are:

The Bicycle – German, Baron Von Drais invented the bone-shaker bicycle in 1817, however the first mechanically driven bicycle was made by Kirkpatrick MacMillan, a Scottish blacksmith, in 1839.

Morse Code – Invented by American, Samuel Morse, the first message was sent in 1837.

The Motor Car – the 1820s and 1830s ‘steam buses’ gained some popularity with the British public, however, it wasn’t until 1886, when German, Karl Benz invented the first modern automobile.

The Typewriter – Wisconsin newspaperman, Christopher Latham Sholes along with two fellow Americans, Samuel Soule and Carlos Glidden, were granted patents for the first typewriter in June and July of 1868.

The Telephone – Law suits galore surround this invention, however, it is generally accepted that Scot, Alexander Graham Bell with the help of Thomas Watson first invented the telephone in 1876.

Recorded Sound – Thomas Edison first found a way to record sound in 1877, by using tinfoil-coated cylinders. His first recording of the human voice is heard when he recited ‘Mary Had A Little Lamb’ and played it back.

The Electric Light Bulb – The first electric light was made in 1800 by English scientist, Humphry Davy, who by connecting wires to a battery and a piece of carbon, produced the first electric arc. Then, in 1860, the English physicist Sir Joseph Wilson Swan devised a practical, long-lasting electric light, first demonstrating his new electric lamps in Newcastle in 1878.

Cinematography – The first patent for a device that showed animated pictures was the “wheel of life” or “zoopraxiscope” which was patented in 1867 by American, William Lincoln. However, the invention which probably began the motion picture era was made by Frenchman, Louis Lumiere. His portable motion-picture camera, film processing unit and projector called the “Cinematographe” was patented in 1895.

The Vacuum Cleaner – After seeing a demonstration of earlier American designs which blew out air instead of sucking it in, Englishman, H. Cecil Booth invented the first modern-style vacuum cleaner in 1901. 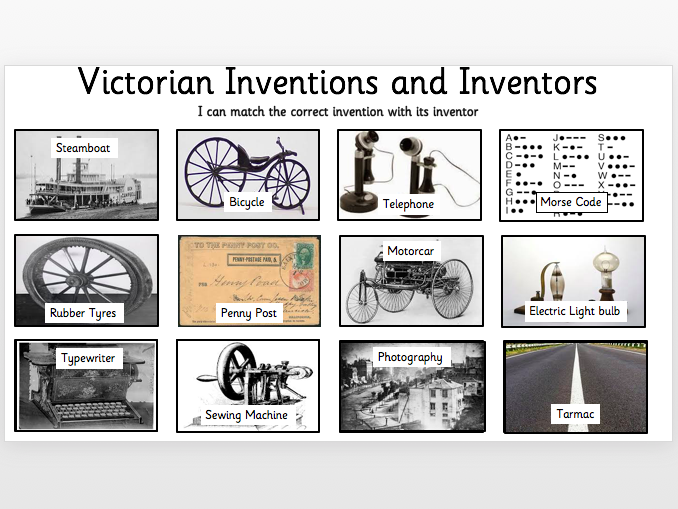 Now let's focus on some main topics in detail.
Rich and poor families
In Victorian times, many families had 10 or more children. Sadly, many children died as babies, or from diseases such as smallpox and diphtheria. Child-death struck rich and poor families.In a Victorian town, it was easy to tell who was rich and who was poor. Children from richer homes were well fed, wore warm clothes and had shoes on their feet. They did not work, but went to school or had lessons at home. Poor children looked thin and hungry, wore ragged clothes, and some had no shoes. Poor children had to work. They were lucky if they went to school.
The Great Stink
When Queen Victoria came to the throne in 1837 she was ruling over a very unhealthy nation. In towns, the infant mortality rate was 50%, chiefly because most citizens did not have access to drinking water uncontaminated by sewage. During the hot summer of 1858, the smell from raw sewage in the River Thames was so overpowering that MPs in Westminster found it difficult to work. The "Great Stink" prompted the building of a proper sewage system for London. Joseph Bazalgette designed and oversaw the construction of five giant sewers under the capital. Completed around 1870, these 82 miles of sewers are still working today and form the core of London's present waste management system. 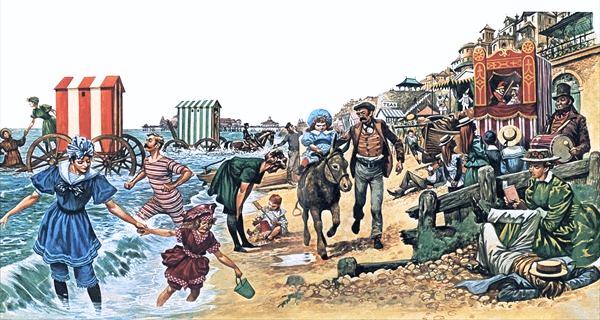 The holiday and The Victorian seaside
They left us with another, equally important legacy - the holiday. Traditionally, Britons worked on the land, an occupation that offered little time off. Factory and mill work meant leisure time and some spare money in workers' pockets. At the same time, the growth of railways prompted an explosion of cheap travel opportunities. Royals and aristocrats went hunting and shooting in Scotland but ordinary people flocked to the seaside. Cast-iron piers were springing up in coastal towns all over the country. These grandiose constructions were packed with entertainment booths and cheap food stalls. The concept of the British seaside resort had arrived.

Most of our current perceptions of the British, and especially the English and Welsh, seaside are all the stronger for having Victorian roots. Childish innocence (buckets, spades and sandcastles), nature (starfish, rock-pools and gulls as well as the power and tranquillity of the sea itself), simple 'old-fashioned' fun (donkeys, roundabouts, Punch and Judy, boat trips, beach entertainers), and tasty, informal seaside food (fish and chips, ice cream, candy-floss, cockles and whelks).

Most of these attributes are invented Victorian traditions. They are only part of the panorama of Victorian seaside attractions, which also embraced the fashionable promenade, military and German 'oompah' bands, a spectrum of seaside entertainment's from minstrels and pierrots to music-hall and variety which now hardly survive.
Get in touch
Mechanical telegraph-like devices first appeared at the close of the 18th century. The electric telegraph arrived in 1837 and immediately the system was adopted on the new railways for signalling use, as well as for sending messages. By 1857, most large towns in Britain were linked. By 1862, there were 15,000 miles of telegraph wires. When the General Post Office took over the system in 1870, most of the country was connected. Four years earlier, Brunel's huge ship, the Great Eastern, had successfully laid the first transatlantic telegraph cable. Thanks to Victorian drive and ingenuity, the world was getting smaller.

The first proper passenger railway ran from Manchester to Liverpool and opened in 1830. By 1837 there were around 500 miles of rail laid in Britain. By 1850, that figure was over 6,000. Early railway builders, like Isambard Kingdom Brunel, whose Great Western Railway linking Bristol with London opened in 1838, were revolutionising commerce. Not only could the railway transport goods on a huge scale but a provincial businessman could travel to London and back within a day.
The Tube
The history of the London Underground began in the 19th century with the construction of the Metropolitan Railway, the world's first underground railway built and paid for by a private company. The Metropolitan Railway, which opened in 1863 using gas-lit wooden carriages hauled by steam locomotives, worked with the District Railway to complete London's Circle line in 1884. Both railways expanded, the Metropolitan eventually extending as far as Verney Junction in Buckinghamshire, more than 50 miles (80 km) from Baker Street and the centre of London.
The first deep-level tube line, the City and South London Railway, opened in 1890 with electric trains. This was followed by the Waterloo & City Railway in 1898, the Central London Railway in 1900, and the Great Northern and City Railway in 1904. The Underground Electric Railways Company of London (UERL) was established in 1902 to fund the electrification of the District Railway and to complete and operate three tube lines, the Baker Street and Waterloo Railway, the Charing Cross, Euston and Hampstead Railway and the Great Northern, Piccadilly and Brompton Railway, which opened in 1906–07.
By 1907 the District and Metropolitan Railways had electrified the underground sections of their lines. Under a joint marketing agreement between most of the companies in the early years of the 20th century, UNDERGROUND signs appeared outside stations in central London. 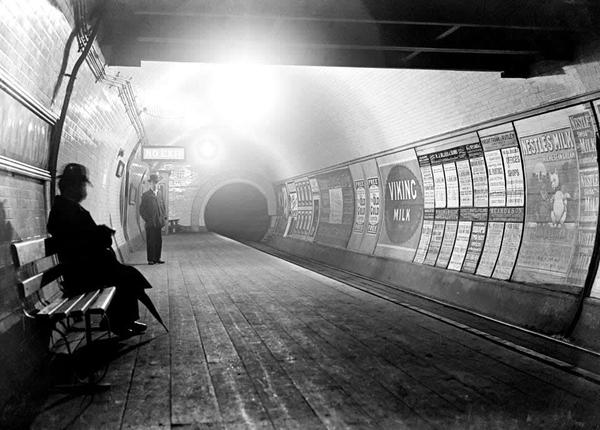 Today's society is dominated by visual imagery. At the centre of all those visuals is photography, another process we have to thank the Victorians for. The first practical photography system was developed by a Briton, Henry Talbot, who published a book explaining his techniques in 1844. The public took to photography straight away.

Portraits could be produced relatively cheaply and, before long, the average British mantelpiece was crowded with photos. The development of photography had a significant side-effect - the growth of the celebrity image. For the first time, ordinary people were able to see exactly what members of the royal family and other notables looked like.

Collecting their likenesses became a popular pastime. Our obsession with celebrities had begun.

Before 1834, poor people were looked after by buying food and clothing from money collected from land owners and other wealthy people. The Poor Law Amendment Act of 1834, ensured that no able-bodied person could get poor relief unless they went to live in special workhouses. The idea was that the poor were helped to support themselves. They had to work for their food and accommodation. Workhouses were where poor people who had no job or home lived. They earned their keep by doing jobs in the workhouse.

Also in the workhouses were orphaned and abandoned children, the physically and mentally sick, the disabled, the elderly and unmarried mothers. But these workhouses were feared by the poor and old since the government,terrified of encouraging 'idlers' or lazy people, made sure that people feared the workhouse and would do anything to keep out of it.

Women, children and men had different living and working areas in the workhouse, so families were split up. To make things even worse they could be punished if they even tried to speak to one another! The education the children received did not include the two most important skills of all, reading and writing, which were needed to get a good job. The poor were made to wear a uniform. This meant that everyone looked the same and everyone outside knew they were poor and lived in the workhouse. Upon entering the workhouse, the poor were stripped and bathed (under supervision). The food was tasteless and was the same day after day. The young and old as well as men and women were made to work hard, often doing unpleasant jobs. Children could also find themselves 'hired out' (sold) to work in factories or mines.